7 Reasons Why Grandparents are Important 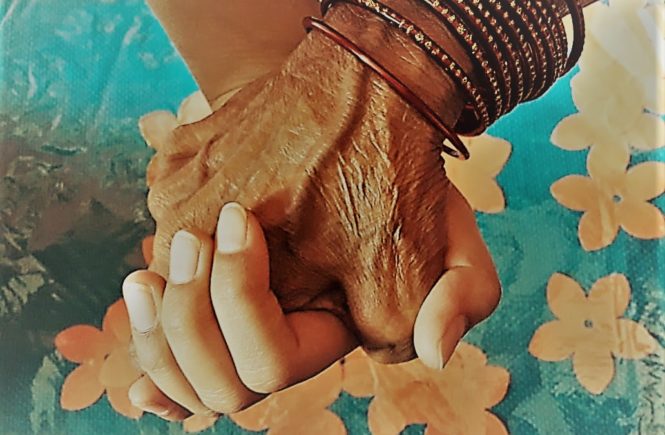 On a beautiful evening, my 83 year’s old grandfather (my Dada) and I, went for a stroll to a park nearby. Though it lasted for a few minutes and Dada asked to return to the house.

After almost two months he viewed the life outside the walls. But he was tired & his body didn’t allow him to walk further. Passing years have made his muscles weaker and the weakening can be seen in his limping walk.

However, what amused me was the shine in his eyes; the joy of experiencing the walk on the road after so many days and the joy of breathing the fresh air outside the home.

We must admit it; Grandparents and kids are similar kinds of life’s extremities. Searching for happiness in littlest of things, living in the moment, asking questions out of curiosity, showering nothing but love and care and much more; stand in the list of similarities.

When I was born, my Grand Parents were the happiest. They didn’t have a daughter, so they pampered me with all the affection in the world. Even now when I’m a grown-up kid, the love has never lessened.

Grandparents are that eternal source of light that help their grandchildren bloom like a flower.

Here are some of the reasons showing the importance of Grandparents.

There have been made a number of studies on understanding the relationship between children and grandparents. The impact of their presence in each other’s lives, the different emotional patterns in the presence of grandparents and similar other aspects have been analyzed in these studies.

According to such studies, both children and grandparents provide emotional and mental support to each other. This results in reduced risks of depression.

Events like bullying, quarreling of parents, or any other traumatic memory impacts children gravely. The existence of emotional and mental support decreases the intensity of such an impact.

A child needs to express himself to someone and Grandparents are the best listeners. In such a delicate phase of life, if a child doesn’t get the required attention and understanding, he may develop robust thoughts in his mind. These thoughts may linger negative emotions inside him.

Although he will gradually accept the situations, but in the long term if those concrete emotions are triggered, he may develop issues in social interactions and relationships.

Children catch vibes immediately. They need a positive energy flow. Grandparents ensure this with their absolute devotion towards grandchildren.

Studies even suggest that grandparents who spend quality time with their grandchildren are likely to live longer.

Our grandparents are the epitome of wisdom. They are efficient guides when it comes to decision making. After all, experience counts in making decisions.

Apart from this, the knowledge they cherish is far beyond our expectations. We can read and explore on our own. But the stories they tell us, remain intact in our mind for long.

I remember only those stories of Ramayana and Mahabharat which were told by my Dadi (Grandmother). I feel bad though that there is no addition to my story chest since then.

Also the experiences, they share from their lives, are worth listening. The art of Story-telling works everywhere & they are the masters of this art.

Some children even idolize them & look up to them as a huge source of inspiration.

Even some movies have captured this inspirational bond in their stories. In Journey 2: The Mysterious Island, the character Sean had faith upon his Grandfather. Sean follows him & ultimately reaches a Mysterious Island.

In the movie National Treasure, Benjamin Gates as a child used to listen to the stories told by his Grandfather about a hidden treasure. Inspired from him he eventually discovers the hidden National Treasure.

These wise owls are experienced teachers. They help you in learning what you can’t learn academically. Their experiences are one of the reasons that we know the world better.

I was an overly shy child. Whenever it came to social gatherings, I was the one clinging to my family members, instead of playing with other children.

My parents often tried to push me and make me learn to deal with my social anxiety. But it didn’t work.

My grandparents on the other hand always handled me with care. They were the silent shadow whenever things hurt me. I didn’t have friends but they made sure that I should never feel alone and parted.

Even when I bruised my legs, injured my hands while playing alone in my own world; they proved to be the best caretaker.

My first grand trip (till now it’s the only trip I had been on) was to Gujarat with Dada. He was the one who convinced my Dad.

Whenever I didn’t do well academically, Dada became the shield to protect me from scoldings. In the case of mischiefs, which I hardly did though being a disciplined kid, he was the one who supported me.

I couldn’t be seen at home if Dada wasn’t there. We were always together. His luna had a seat in front, and I was the little passenger during each of his trips. Be it a trip to his friend, colleague or market.

I would even accompany him on trips outside the town. Oh god! I was such a parasite.

But he loved it and I loved it too. The flow of unconditional love creates a strong bond between children and grandparents.

Both Dada & Dadi were the safest hideouts to run to whenever my parents got angry.

My Dada used to drop me to the bus stop and pick me up in the afternoon. He never ate his lunch without me and used to wait until I returned from school in the afternoon. I ate from his plate. And even when I reached the fifth standard, he used to feed me with his hands.

Even some of my school’s parents-teachers-meet were attended by Dada.

I played cards, ludo and other games with Dada-Dadi. I never missed delivering even a bit of school gossips to them. We watched many TV shows together. I didn’t have friends in my childhood and they didn’t allow me to feel the absence of friends.

The level of understanding they have developed with me in these years is priceless.

I cooked slightly burnt Sabudana Khichadi once. No one but only Dada ate it with a delightful smile.

When I attained a district rank, he was on the ninth cloud. He called almost every relative and his colleague to deliver this news. The image is still imbibed in my mind of the brightness on his face while holding the phone receiver.

The way Dada has motivated me all his life is remarkable. Many times, I did things, not for others but to see my grandparents smile.

A child learns to walk, he falls but walks anyhow. Behind those steps lie sheer faith and ‘Don’t worry, do it again’ comments of grandparents.

In today’s lifestyle, parents run out of time for their kids. In such a situation grandparents become that driving force which a child needs.

Ethics and values are acquaintances which complete us as a person. Even if a person achieves heights but he lacks moral values, the achievements become meaningless.

Moral values can’t be mugged up, but a kid learns it gradually. They need to be implanted within. This can’t be done unless a person himself understands and experiences the importance of moral values.

Hence, grandparents come in the picture. Being the elders and the wise ones, they become the tutor for moral values and for empathy towards other people.

Grandparents are almighty’s blessings. They praise us with all the love. But what are we returning to them for all this love? Do we prove ourselves equally good? Here is something we miss onto. 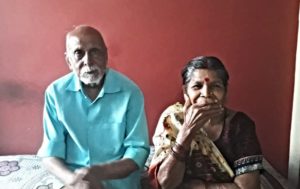 Are we good grandchildren to our grandparents?

My Dadi once asked me to fetch sugar from the storage place. I was busy doing important work and got annoyed. I didn’t react but she smelled my irritation. The next moment, I saw her sad face; I regretted immediately.

We do not do things intentionally to hurt them, but when we were kids, they had certainly tolerated our behavior patiently.

As we grow old and grandparents older, our equations do change. We get a busier life and they get the opposite.

The understanding which once used to be the reason of attachment fades away. The conversations we used to love once become boring. Our priorities change.

So what can we do to become a good grandchild?

Let them enjoy with you and learn new things which they can do during their leisure time. Involve them just the way they used to do when you were kids. This will nurture your bond with them.

They are old and they do have the right to feel special just the way your parents, friends or spouse have.

Cook for them, sing for them, help them learn to use gadgets, they are those people who are not going to criticize your efforts.

Surprise them with gifts. Talk to them and keep yourself updated about their needs. If they need a new book, a new pair of glasses, ear machines; buy them.

I know, we have things to do; like Facebook, Whatsapp, Netflix, PubG. We may have a number of Apps, 500 friends on social media, 50 hangout friends; but they might not have friends as you do. They just have You.

Don’t let them feel alone. Take them out on movies, to a park near your house, to a mall, to a music concert, or just for an evening walk. They would certainly love it.

Try not to Lose Temper

Grandparents are old-kids; they ask questions, they don’t understand things in one shot, they even mess up things. But they used to control their anger when you spilled milk on the floor, when you broke their favourite vase, etc.

They are at a fragile age and so we need to handle them with care.

Once you poured hundreds of feelings to them. Now they too have thoughts which desperately want to come out. Try to be a sharing and caring friend. Just talk.

Grandparents play a vital role in nourishing a child’s life. Their wisdom, values, blessings, teachings; help in making a kid, a good human being.

They love unconditionally. They are not greedy of much. They just seek little attention, time and care. For all the perks we receive from them, love is worth returning. 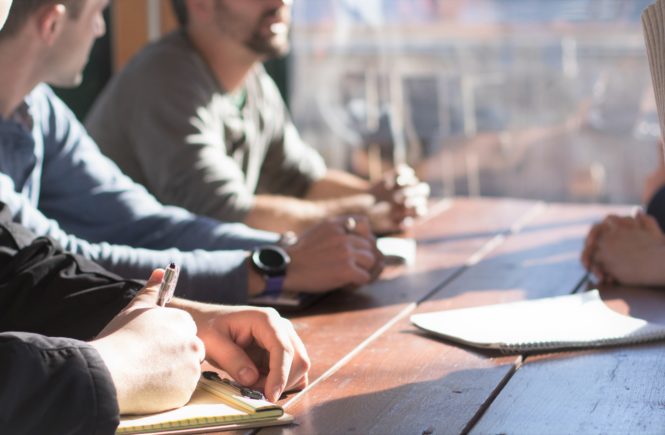 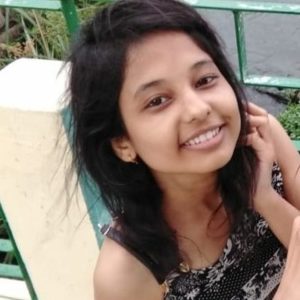 Sonali Sharma is a freelancer writer from Bhopal, Madhya Pradesh. She has done her graduation in commerce. She enjoys writing and is currently working on it professionally. Read more about Sonali Sharma